Does Marriott want to block your wifi hotspots?

Back in October Marriott was fined $600,000 by the FCC for implementing systems which essentially blocked personal wifi hotspots at some of the chain’s properties. Marriott claimed that the personal devices were interfering with the larger systems it implemented to support conference centers and such. At the time the FCC made it clear that blocking the personal devices is unacceptable:

Consumers who purchase cellular data plans should be able to use them without fear that their personal Internet connection will be blocked by their hotel or conference center. 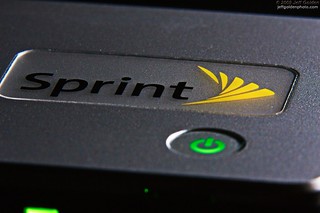 Marriott paid the fine but also petitioned the FCC for clarification on the rules (the filing was made before the fine was announced, though presumably Marriott was aware at the time that the investigation was ongoing).

Specifically, Petitioners request that the Commission declare that the operator of a Wi-Fi network does not violate Section 333 by using FCC-authorized equipment to monitor and mitigate threats to the security and reliability of its network, even when doing so may result in “interference” to a Part 15 device being operated by a guest on its property.

Any access point can be used to launch an attack against an operator’s network or threaten its guests’ privacy (for example, by attempting to obtain guests’ credit card or other personal information). Likewise, multiple Wi-Fi access points operating in a meeting room or on a convention floor of a· hotel can adversely affect the performance of the hotel’s Wi-Fi network. If a hotel is powerless to address such activities to ensure the security and reliability of its Wi-Fi network on its premises, both the hotel and its guests would suffer.

Like many similar claims security is the leading argument. Surely Marriott must be allowed to safeguard customer credit card data, right? Except that it is unclear how that issue plays in to hotspot blocking.

Eventually the claim gets to the real point: the additional individual hotspots might cause performance issues with the system the hotel has installed. Wifi operates in unlicensed spectrum and all compliant devices are required to accept that interference may occur and account for it. And they do. But increasing the number of signals in any one area does have an adverse impact on the performance of any one system.

At its core the petition is based on the premise that the systems in question are licensed and approved by the FCC and therefore they should be legal to operate.

As far as Petitioners are aware, the FCC has authorized these types of network management equipment pursuant to its equipment authorization rules.

The main difference between the claims made in the Petition and the scenario which saw the hotelier fined is that all of the examples in the Petition involve a user connecting to the provider’s network or pretending to be the provider in some sort of spoofing scenario. And it is not hard to recognize that such instances should be defensible. But that’s not what Marriott was fined for doing. Forcibly blocking people from using a personal access point to connect to a paid data service which does not directly create an attack on a different network is an egregious distortion of the regulations.

The Petition is also interesting in its efforts to define interference for wifi devices.

The Petition here is attempting to suggest that prohibiting the management systems used to block the personal hotspots makes no sense because it is impossible for that circumstance to be met with these device types. At the same time, however, the companies are arguing that the consumer devices covered under the same code are interfering with the hotel-operated network. In other words, the rules shouldn’t apply unless they adversely affect the hotel and its ability to charge for wifi services.

Presenting this argument against the backdrop of so many hotels – including Marriott – recently announcing plans to simply give away wifi for free to guests is quite interesting, to say the least. That juxtaposition suggests that this move is much more about the high yielding corporate/conference wifi networks rather than the service in the guest rooms.

Both Microsoft and Google, among others, have also argued that the hotel groups are attempting to misappropriate the rules (interesting reading here, here and here). Cisco is siding with the hotels; this is not particularly surprising since the company manufactures hardware which is used for such “management” systems.

As for what the FCC will decide, well, I suppose we’ll find out eventually. Clearly the financial impact of the decision is big business to the hotels. But is that big enough business to outweigh the many, many individuals with smaller business decisions being made along the way?

I Got Me Some WiFi via MiFi by Jeff Golden, on Flickr via CC BY-SA 2.0