An interesting take on revenue management and the last seat...

Airline revenue management is, to say the least, quite complicated. I’m reasonably convinced that a decent amount of the work is performed with a Ouija board and perhaps offerings of rum and cigars to Jobu, but I’ve been promised by those actually doing the work that these figure in only rarely. 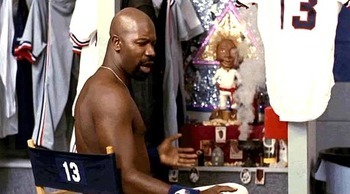 And yet there are still many who write about it and opine on the logic behind the decisions being made one way or the other from the airlines. Statements like, “but the flights are always full” as a justification for keeping underperforming routes are common and easy enough to dismiss – nearly any plane can be filled on a route if the fares are low enough – but there are some other statements which require a bit more thought and consideration. I don’t know that I’m right either, but I’d like to think I’ve got a fighting chance.

One of my favorites is the idea that the last seat sold on the plane represents the profits. The general theory is that cheapest fares show up right when the schedules open  and then tickets get more expensive over time until the day of departure where walk-up fares are sky-high to take advantage of business travelers with inflexible schedules. And those last seats sold are where the profits from operating the flight come from. Except that the pricing trend described has not actually been true for 20+ years now. And the idea of the last seat sold being all profit might not be so accurate either.

During today’s earnings call with investors and media JetBlue President Robin Hayes was tasked with answering the theoretically simple question of “Why not add more seats like other airlines are?” The question was mostly targeted at the carrier’s A320 aircraft which have 150 seats currently with 34″ pitch at a minimum and 38″ pitch in the “Even More” seats which carry an incremental charge to book. CEO David Barger chuckled when the question was asked and said, “Every quarter I ask Robin the same thing.” And then it was Mr. Hayes’s turn to actually provide the answer.

Every quarter the math is compelling.… It really is an economic decision.

Well, duh. I mean, if you’re going to claim that you’ve analyzed the market and made the decision then I’d hope it is based on the numbers. Of course, Mr. Hayes was not quite done.

Not only do we displace the “Even More” revenue that we sell but we need an extra flight attendant.

The key to the magic 150 number is that JetBlue can get away with staffing their aircraft with only 3 flight attendants per the FAA requirements. At a 50:1 ratio (based on the seats on board) the airline is maxed out without adding another crew member. And those costs add up in a hurry. There’s also additional fuel burn due to higher weights on board (seats, passengers and bags) and other considerations. But it isn’t only about the cost side of the equation.

And that’s where things got interesting. It basically flies in the face of the previously asserted “last seat” theories.

The fare that you’re getting for that last 6-12 seats is a fraction of the average fare; you’re chasing the low fare there.

So it turns out that selling out those last few seats actually is NOT driving the profit on the planes. At least not the way JetBlue does it.

Best I can figure (and this is all my speculation, not Hayes’s commentary) is that the company acknowledges there are going to be empty seats on most flights. And that makes sense given the average load factor numbers. The key is a combination of minimizing those empty seats while also not conditioning the market to assume that the “normal” price on a route is spectacularly low. If you routinely fill 140 seats on a plane then there is still the opportunity to sell those last 10 at full fare to an unexpected business traveler so you’re protected against losing the top-yielding customer. And adding 12 extra seats doesn’t actually change the number of those walk-up fares you’re likely to sell. All it does is open up more seats to unload during sales.

The flip side is that – assuming the costs are relatively similar – the extra revenue should simply augment the revenue stream without hurting the bottom line. But when the company is able to routinely sell Even More seats as a very nice premium and also keep their costs down it is easy to see why the numbers make sense in this regard.

As an additional data point remember that AA has blocked 4 seats on their new 737-800 layouts to drop the FA requirements down. Clearly JetBlue isn’t alone in this thought process.

I wonder when the rest of the world will catch up with them.