Some semi-good news out this week for passengers traveling through NYC airports: Free wifi is coming to the terminals later this year. The service will continue to be operated by Boingo and travelers will be eligible for 30 minutes of free access. If you’re stuck in the airport longer than the 30 minutes the service will require payment. Also, Boingo will be upgrading the hardware at the airports to better handle the loads, a much needed update even without opening up free access to all. 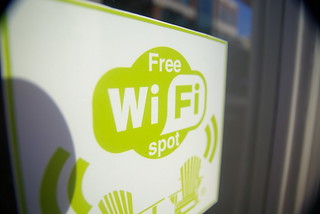 In their press release the Port Authority specifically mentions a few other airports which have similar arrangements powered by Boingo. And it ignores that other airports have invested in simply making internet service free for everyone without the time limits, including the recent announcement from Atlanta that their service will now be open to all.

Customer feedback has consistently expressed a desire for free Wi-Fi access at the agency’s airports. The new arrangement allows the Port Authority’s airports to join others nationally, such as Chicago O’Hare International and George Bush Intercontinental, and also internationally such as London Gatwick and Dubai Airports, to provide travelers with access to limited-free Wi-Fi at the terminals.

Is 30 minutes of free enough? I suppose it lets you sync up between flights if on a connection or otherwise check a few things, but it really doesn’t seem sufficient for most needs. I guess it is better than nothing, huh?